Well February has seen us going from strength to strength for us in the Mightier Than the Sword UK offices and here is just a sample of what’s been going on.

Ribe has withstood all the attacks that the warriors of Hedeby and Schleswig can throw at them, but with the snows of winter set about the town, no help comes from the other towns of the Danes.

But the strength of King Viggo is failing. When victory seemed within his grasp, he is taken ill on the battlefield and the warriors withdraw. Cold, half-starved and deprived of their leader, the army at the gates of Ribe seems certain to retreat. Sibel, still a prisoner, discovers the secret of the arm ring that Viggo wears whilst the dangerous Queen Rena makes her move to seize full control of Hedeby.

Only Christian and Eva have yet to find their arm rings of Yngvar as the children reach the island of Sjœland. They know that one of the rings of Lolland is missing and know that in order to collect all eight; they will need to find the arm ring near Roskilde and return to fight Viggo and finally bring an end to war.

You can get your copy direct from out Etsy store for £5.99 in paperback and £1.80 in digital format. 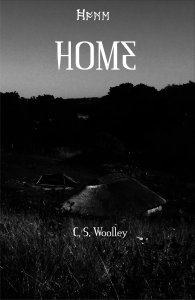 The Children of Ribe have found all but the last arm ring of Yngvar, an arm ring that everyone but Sibel thinks King Viggo Odinsen has. Eva Axeldatter is the only one who hasn’t claimed an arm ring yet and time is running out for Wifrith.

It is time for the children to return home, to bring an end to the fighting and restore the peace between the tribes. But even with Ciara dead, there are still those who can stop the Children of Ribe as some people will stop at nothing when it comes to revenge.

Can Wifrith finally find redemption, and can Erland, Dalla, Eva, Christian, Riki, Pieter, Camila, Beatrix, Joas and Oleg defeat the darkness that threatens not just Ribe but all of the tribes of Denmark?

You can get your copy direct from out Etsy store for £5.99 in paperback and £1.80 in digital format.

SOLDIERS ARE THERE TO KILL AND BE KILLED

They see us only as numbers, as less than them, created to be Soldiers made to fight in their war. But we are more than that, we are brothers, we gave ourselves names.

But even amongst brothers there are secrets. There is something that they are not telling me. My brothers tell me I’m special, but I just don’t see it. Soldiers are there to kill and be killed, so why am I so important? Brotherhood will be put to the test as we battle to be the best. I am a soldier, I was made to fight their war, I cannot lose.

You can get your copy direct from out Etsy store for £13.99 in paperback and £2.39 in digital format.

We’ve delayed the release of Wyrd and When Darkness Falls until March to give a little bit of space between books coming out after having to delay Wyrd due to cover art issues.

We’ve added some new listings to the Etsy Store. There are three new gift set listings for the Children of Ribe books WAR, WIFRITH and DOUBT all of which feature a paperback copy of the book, a digital download code and a bronze or pewter arm ring of Yngvar all for just £35 each! Click the following links to find the gift sets for WAR, WIFRITH and DOUBT

We’ve updated the internal pages for all the Children of Ribe books and Sabrina.

What we’re looking forward to in March

We are also looking forward to two appearances by C.S. Woolley. The first is at Lindow Primary School in Alderly Edge, Cheshire, where the local lass will be opening the new library for the school on World Book Day. The second is on 22nd March, when C.S. Woolley will be reading extracts from the Children of Ribe books to children as part of the grand opening at a new Boots Opticians at Handforth Dean, Cheshire.

And finally we’re looking forward to the official launch party for We Do Not Kill Children, more details will be released as we have them.