It’s finally here, after all the delays and other releases, the latest instalment of the Chronicles of Celadmore has arrived. Book 7 in the series is set 10 years after the events of End of Days, and is the first book in the Fading Dawn trilogy. 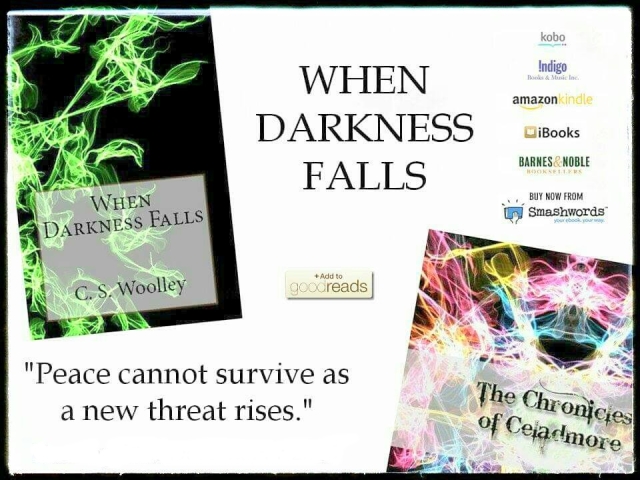 Gruagadon is king, the dead kingdom of Nesca has been resurrected by the return of the Fallen Prince to the throne, but all is not well in the realm of Celadmore.

One evil has been defeated, Venetia, Allamonto, Kania and Nodarto gave their lives, along with many others, to defeat Aksoth, but as one evil falls another rises to take its place.

A new guardian brought the old age to an end, but the nature of evil is set to endure. 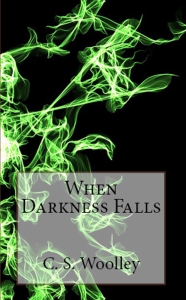 When Darkness Falls is out now on the Etsy store in paperback and in digital format. It follows the characters that survived the final confrontation in the city of Grashindorph and the start of the new age for Celadmore.

Not only does When Darkness Falls launch the third trilogy in the Chronicles of Celadmore series, it is the first book to follow a male protagonist instead of a female one. In the Rising Empire story arc, the story follows Queen Kasnata. In the Shroud of Darkness story arc, the books follow Queen Venetia. The Fading Dawn story arc follows Prince Malachi.

When Darkness Falls is also the book that features the lucky winners of the Murder in March contest held in 2016. Denise Meyer, Chris Turnbull and Rainne Atkins all won the chance to be killed off in this volume of the Celadmore series.

“The battlefield; a place where heroes are made, legends thrive, myths enthral and lives are broken.”

Crimson blood spattered the white floor and a cry escaped from between cracked and bruised lips. A glinting blade clattered to the floor.

“Such needless destruction.” Amused eyes gleamed in the candlelight and a frustrated figure punched the white marble. The light was low in the Hall of Kings in the Palace of Grashindorph.

It was closer to dawn than nightfall, but the young prince was determined to master his training before he went to bed.

All things were promised to Malachi, Prince of Grashindorph and the Order. The son of two kingdoms, a son of peace and a son of war.

To find out more about the Chronicles of Celadmore, click here.